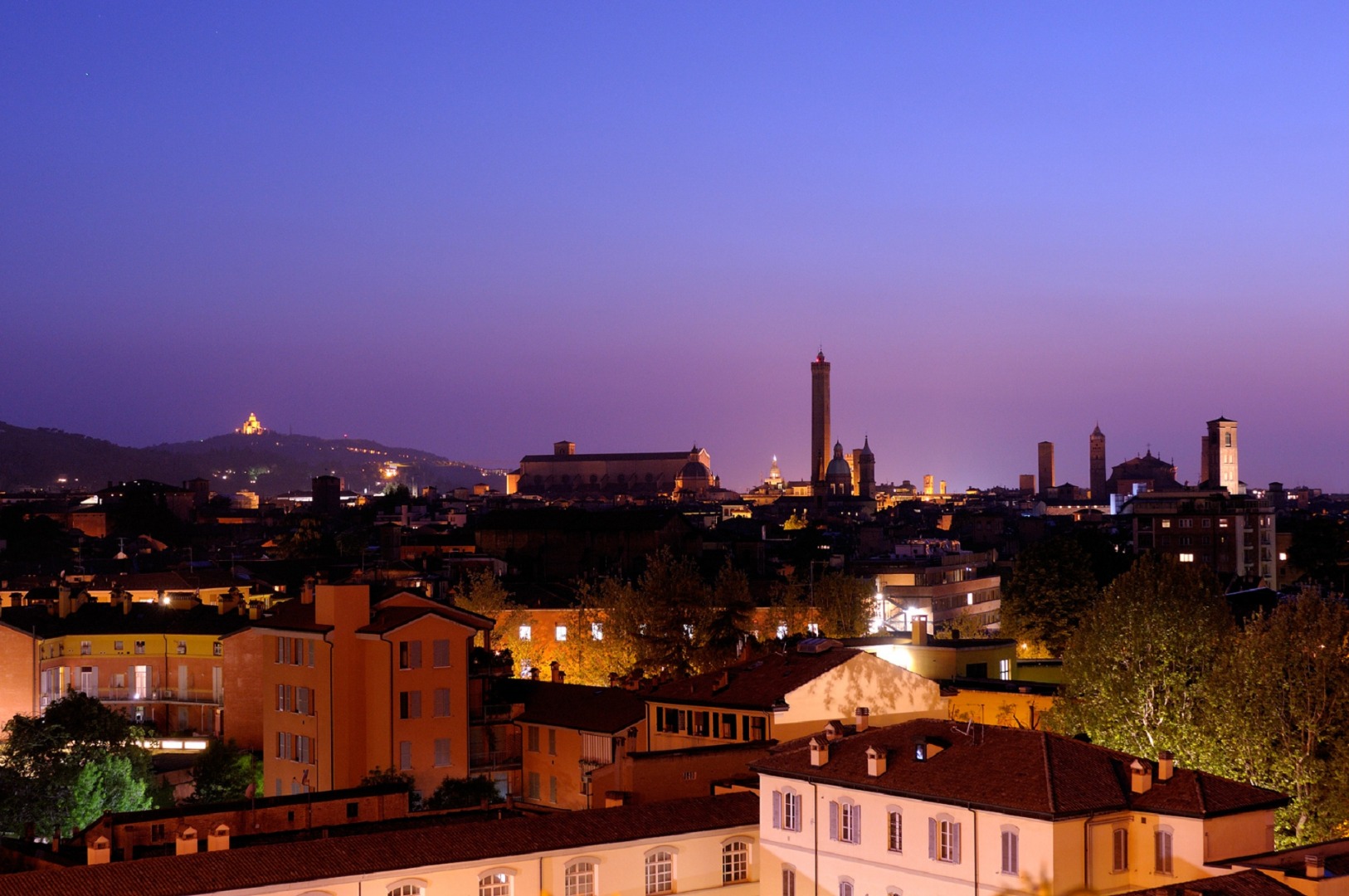 Bologna and the surrounding area

A cultural centre full of history, architecture and traditions, the city of Bologna deserves to be appreciated for its diverse and typical look.

Founded in the Roman age in the 2nd century B.C., it has always been an important trading and economic centre. In the Middle Ages, starting from the 5th century, a new period of prosperity started, which led to the establishment of the oldest university in Europe in the 11th century.

Another record was set in the 13th century, when Bologna was the first town to abolish serfdom.

From the 15th to the 18th century, the town belonged to the State of the Church; later, it became the capital of the Cisalpine Republic and, in 1859, it was officially annexed to the Italian State.

The many events which have taken place in the town through the centuries have left many architectural examples which one can admire by simply walking along the streets and under the porticoes of the historical centre.

Three adjectives are normally used to synthetically define the nature of the town of Bologna: “the Learned one", "the Red one" and "the Fat one”. These are clear references to the importance of its university, its typical medieval buildings made of red bricks and, finally, its gastronomic tradition.

Book in advance with this unmissable offer with 15% discount on daily rate.
Not refundable offer for reservations made at least 4days before arrival.

Includes WIFI, 10% discount at the hotel restaurant, a free drink at the bar

Choose our offer to spend an elegant and refined New Year's Eve in Bologna.

- Overnight stay in the selected room with an extra 15% discount on the night of 31.12.22
- Gala dinner with live music, with 5-course menu by our Executive Chef, for the evening of 31 December
- For those who reserve the room with breakfast included, brunch on January 1st available until 12.00 pm noon
- Broadband wi-fi connection
- a free drink at our bar
- Free water in the minibar

Valid for reservations including 31.12.22 and with a minimum stay of 3 nights
Book now