The monuments of Bologna 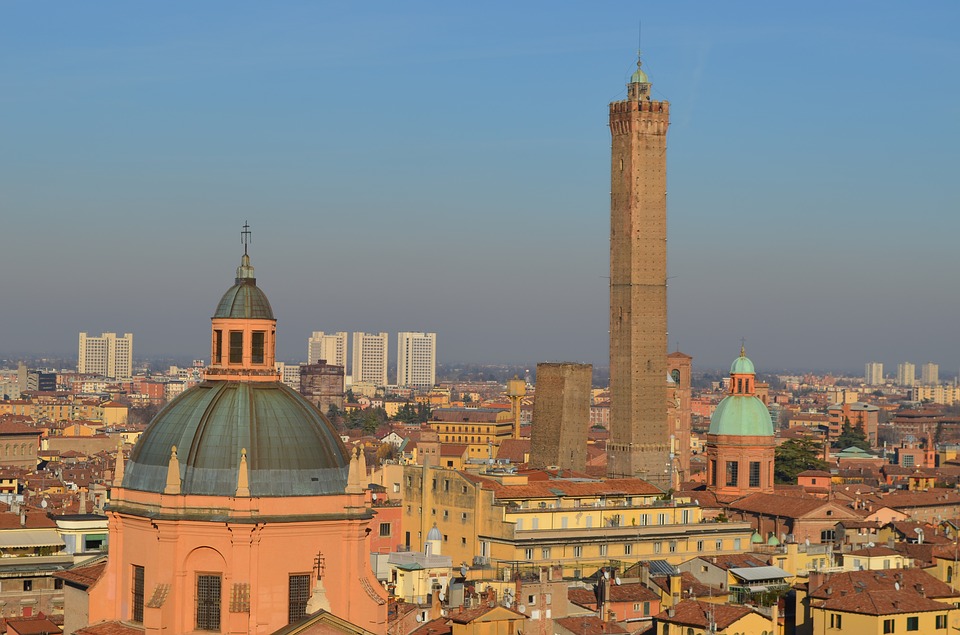 Full of quaint views and monumental attractions, there are really numerous places to visit, starting from Piazza Maggiore, the heart of social, economic and political activities. Its look dates back to the 16th century, and here you can admire some of the most noticeable and representative buildings in town.

On the southern side lies the majestic Saint Petronius' Basilica, dedicated to the patron saint of the town. Despite the fact that its building started in the 14th century, the structure has never been completed. For its imposing size, it is considered to be the sixth largest church in Europe, besides being one of the last examples of Gothic architecture in Italy. The main façade has clearly not been completed and it reaches a height of 51 metres. The interior is divided into three naves which contain famous works of art, made by renowned artists.

On the west side of Piazza Maggiore lies the Municipal Palace, a building dating back to the 14th century, along with Palazzo d'Accursio and Palazzo Legato, whereas on the east side there is 16th century Palazzo dei Banchi. The portico called Pavaglione connects it to another important building: the Archiginnasio, the first venue of the University of Bologna and currently a Municipal Library. Commissioned by pope Pious 4th, it is a two-storey building and includes a large inner yard, characterised by two sectors of loggias. Opposite, the Neptune Fountain draws people's attention due to the size of the large bronze statue which has dominated the surrounding view since 1565. To the north, the main façade of Palazzo del Podestà, Palazzo del Re Enzo and finally the Palazzo del Capitano del Popolo close and define the area.

A real open-air museum, Bologna is characterised by its many kilometres of porticoes, built through the centuries. An architectural tradition born during the Middle Ages and passed down through the centuries, defining the whole town centre. The oldest porticoes include those of Isolani House and Palazzo Grassi; whereas some of the finest Renaissance style porticoes are those of Saint James's Church, the Archbishop's Palace and the Reggiani-Seracchioli houses.

High and dominant, the town towers are the absolute protagonists of the urban landscape. In the past there were over a hundred, but today about twenty are still standing. The most famous and tallest is the Asinelli Tower: built in the 12th century, it reaches a height of 97 metres, it has 498 steps and it is one of the best-known buildings in Bologna. The second tallest is the Prendiparte Tower nicknamed Coronata, which is 60 metres tall.

Special prepaid and not refundable rate -10%

Prepaid Business Offer: save 10% immediately
Special non-refundable prepaid rate. with 10% discount on the best rate of the day!

Private garage available at an extra cost of 15 euros per night.

For cancellations or changes, a penalty equal to 100% of the total will be applied.

Special prepaid and not refundable rate -15%
Prepaid Business Offer: save 15% immediately
Special non-refundable prepaid rate. with 15% discount on the best rate of the day!

Private garage available at an extra cost of 15 euros per night.

For cancellations or changes, a penalty equal to 100% of the total will be applied.
Book now

Book this unmissable offer and get a 15% discount on the day's rate!
Prepaid and non-refundable booking.
Book now